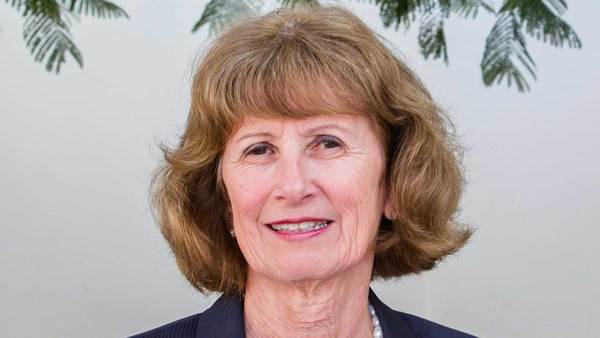 “It is often the Church’s darkest moments that call forth great faith and courage,” said Notre Dame President Rev. John I. Jenkins, C.S.C. “In awarding Dr. McChesney the Laetare Medal, we recognize her courage, tenacity and love for the Church in a tireless pursuit of justice for victims, accountability for abusers and measures that prevent this crisis from continuing. Her example reminds us of Jesus’ words, ‘Blessed are those who hunger and thirst for justice.’”

McChesney’s myriad law enforcement achievements began in the 1970s as a police officer in King County, Washington. As a detective, she investigated sex crimes and homicides, including the case involving the notorious serial killer Ted Bundy. McChesney joined the FBI in 1978 as a special agent, eventually reaching the third-highest position within the bureau as executive assistant director for law enforcement services.

In 2002, McChesney was recruited by the United States Conference of Catholic Bishops to establish and lead its Office of Child Protection, where she helped the nation’s 195 dioceses and eparchies implement the “Charter for the Protection of Children and Young People.” She established protocols for responses to allegations of abuse, prevention of abuse, transparency and accountability. Over the course of three years, McChesney also worked with the John Jay College of Criminal Justice to develop an unprecedented study of sexual abuse of children in the Catholic Church, which was released in 2004. She is the founder of Kinsale Management Consulting, through which she continues to serve dioceses, religious organizations, and others around the world in the protection of children and vulnerable adults and in preventing ministerial misconduct and abuse.

Throughout her work with the Catholic Church, McChesney has emphasized the necessity of listening to victim-survivors, independent and professional investigations of abuse, transparency regarding cases of abuse and offenders, and thorough screening for clergy and laypeople involved in Catholic ministries. In Sept. 2019, McChesney spoke on some of these themes as a guest panelist in “The Church Crisis: Where Are We Now?’, which launched the 2019-2020 Notre Dame Forum, “Rebuild My Church: Crisis and Response.”

Upon learning she had been named the 2020 Laetare Medalist, McChesney said: “I think there is a significant responsibility with such an honor that one has to live up to every day forward. The Laetare Medal will inspire me to work harder, more effectively and with greater compassion on behalf of those who have been wounded by persons in Catholic ministries.”

A native of the greater Seattle area, McChesney grew up in a Catholic family of Irish-Italian heritage. She pointed to a Jesuit education and the Dominican sisters leading her catechism class as central to her early faith formation. “The sisters were very influential in terms of showing me what Catholic ministry was all about,” she said.

McChesney attended Gonzaga University for two years before completing her undergraduate work at Washington State University, where she earned a bachelor’s degree in police science and administration. She also earned a master’s degree in public service from Seattle University and a doctorate in public administration from Golden Gate University. McChesney is the co-author of “Pick Up Your Own Brass: Leadership the FBI Way” and the co-editor of “Sexual Abuse in the Catholic Church: A Decade of Crisis, 2002–2012.”

McChesney also will receive an honorary degree at the commencement ceremony.

In a March 18 statement to the campus community, Father Jenkins said that the University still plans to hold its 175th Commencement Exercises on May 17 but that a final determination would be made in coming weeks in collaboration with academic and student leaders.