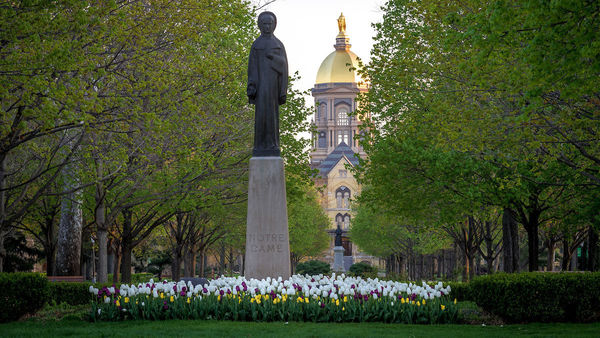 Shayla Keough Rumely and Sara Martinez Tucker were elected Fellows. A member of the Board since 2002, Rumely earned her bachelor’s degree from Notre Dame and law degree from Emory University. She practiced law for seven years and also served as publisher of the Fulton County Daily Report, a daily newspaper serving the Atlanta legal community. Her civic engagement includes service on the boards of the Howard School, Georgia Shakespeare, Families First, St. Joseph’s Hospital, Atlanta Legal Aid Society, Georgia Center for Children, Emory’s Board of Visitors, L’Arche Atlanta and the Agape Youth Program. She previously served for 10 years on the Notre Dame Law School Advisory Council.

Tucker is a former U.S. under secretary of education, the nation’s top higher education official. Among her accomplishments was the implementation in 2008-09 of an initiative to make nearly $70 billion in federal student loans available during the nation’s financial crisis. She previously has served as chief executive officer of the National Math and Science Initiative, CEO and president of the Hispanic Scholarship Fund, in various positions with AT&T, where she was the first Latina to reach the company’s executive level, and as a reporter with the San Antonio Express-News. She earned her bachelor’s and master of business administration degrees from the University of Texas at Austin, and she is a past chair of the University of Texas System board of regents.

The 12 Fellows — six lay men and women and six priests of the Congregation of Holy Cross — are the University’s ultimate governing body. They elect the Trustees, adopt and amend the bylaws and are specifically charged with maintaining Notre Dame’s Catholic character.

It was also announced that Board Chair John J. “Jack” Brennan, who has served in the role since 2016, has been elected to a second three-year term.

Joining the Board in an ex officio capacity as of July 1 is the president-elect of the Alumni Association, Kevin Buckley, a 1979 graduate from Richmond, Virginia.

Originally published by Dennis Brown at news.nd.edu on May 15, 2019.