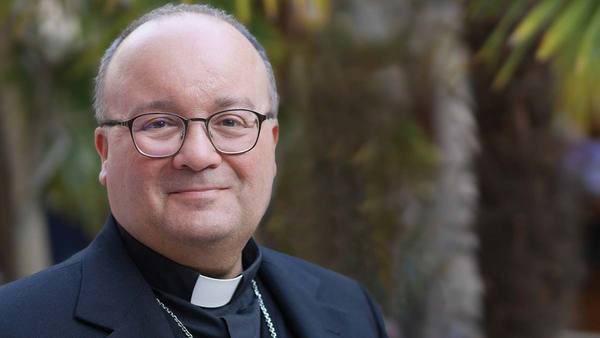 In a continuation of the 2019-20 Notre Dame Forum series, Malta Archbishop Charles Scicluna, adjunct secretary of the Vatican’s Congregation for the Doctrine of the Faith, will engage Notre Dame students in a Q&A session at 7 p.m. Nov. 13 (Wednesday) in the Dahnke Ballroom of the Duncan Student Center. Archbishop Scicluna leads the Vatican’s fight against sex abuse, and his visit will be moderated by John Allen, editor-in-chief of Crux.

This event is free and open to the public. Doors will open at 6 p.m., and seats will be available on a first-come, first-served basis.

Rev. John I. Jenkins, C.S.C., president of the University of Notre Dame, called for this year’s Forum, “‘Rebuild My Church’: Crisis and Response,” to examine the sexual abuse crisis in the Catholic Church and explore possible reforms. This year’s theme echoes God’s summons to St. Francis of Assisi during a time of Church corruption in the late Middle Ages.

“Notre Dame is honored to host Archbishop Scicluna,” Father Jenkins said. “We look forward to hearing his perspective on the Church’s response to the crisis of clerical sex abuse.”

In October 2018, following the release of the Pennsylvania grand jury report, Father Jenkins announced a series of initiatives the University would undertake to address the scandal. One was the establishment of a task force to oversee awards of up to $1 million in grants to Notre Dame faculty for research that helps address some aspect of the crisis. Applications are currently being evaluated.

Since its establishment in 2005, the Notre Dame Forum has featured major talks by leading authorities on issues of importance to the University, the nation and the larger world, including the Catholic artistic heritage, the challenges and opportunities of globalization, the role of presidential debates, immigration, sustainability and the place of faith in a pluralistic society.