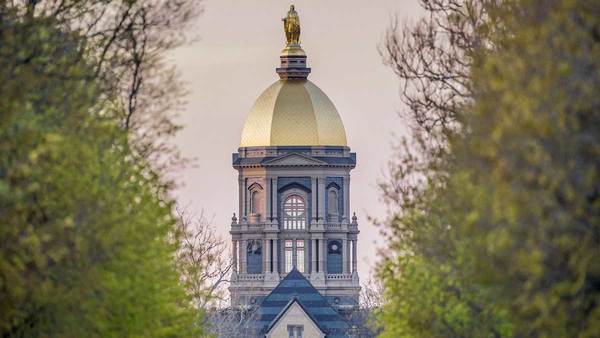 Three new members — Justin R. Liu, Michael G. O’Grady and Jennifer F. Scanlon — have been elected to the University of Notre Dame’s Board of Trustees.

Liu is president of the RM Liu Foundation and president and CEO of Tireco Inc., one of North America’s largest private brand marketers and distributors of tires. A 2000 graduate of Notre Dame with a bachelor’s degree in finance, Liu has served as chair of the Keough School of Global Affairs Advisory Council and as a member of both the University’s Asian Studies Advisory Board and the College of Arts and Letters Advisory Council.

O’Grady is chairman and CEO of Northern Trust, a leading provider of wealth management, asset servicing, asset management and banking to corporations, institutions, families and individuals. He joined Northern Trust in 2011 after serving as a managing director of the Investment Banking Group of Bank of America Merrill Lynch. O’Grady earned a bachelor’s degree in accountancy from Notre Dame and an MBA from Harvard Business School. He has served as a member of the University’s Undergraduate Experience Advisory Council.

Scanlon is president and CEO of the global safety science leader UL Inc. and also serves on its board of directors. Prior to her current role at UL, Scanlon served as president, CEO and director of USG Corp., an industry leading global manufacturer of building products. She holds a bachelor’s degree in government, international relations and computer applications from Notre Dame and an MBA from the University of Chicago Booth School of Business, and has served on the Mendoza College of Business Advisory Council.

Composed of six lay women and men and six priests of Notre Dame’s founding religious community, the Congregation of Holy Cross, the Board of Fellows are the University’s ultimate governing body. They elect the Trustees, adopt and amend the bylaws and are specifically charged with maintaining Notre Dame’s Catholic character. Stephen J. Brogan and James F. “Jay” Flaherty III have been elected Fellows of the University. Brogan is a graduate of the Notre Dame Law School and serves as managing partner of the international law firm Jones Day. He has been a Trustee since 2007. A member of the Class of 1979, Flaherty currently serves as managing partner of Corby 2.0 and chairman of VSCP’s Strategic Advisory Board, entities that invest in a variety of healthcare and healthcare real estate transactions. He too has served on the Board of Trustees since 2007.

Originally published by Dennis Brown at news.nd.edu on July 22, 2020.