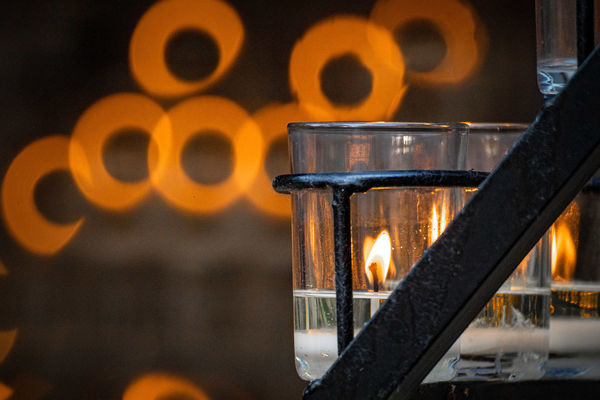 “As a Fellow, Trustee, advisory council member, benefactor, counselor and friend, Kathy served Notre Dame in these and many other capacities for more than four decades,” Rev. John I. Jenkins, C.S.C., the University’s president, said. “Her wise and compassionate presence will be deeply missed by all of us who knew and loved her.

“Our condolences go out to the Andrews family and Kathy’s many friends. We mourn her passing, pray for the repose of her soul and celebrate her inspiring life.”

Andrews earned a master’s degree from Notre Dame in 1963 after receiving a bachelor’s degree from Notre Dame College in Cleveland four years earlier. She was elected to the Board of Trustees in 1993 and three years later became the first woman to serve as a Fellow of the University, the governing body composed of six lay members and six priests of Notre Dame’s founding religious community, the Congregation of Holy Cross. The Fellows elect the Trustees, adopt and amend the bylaws and are specifically charged with maintaining Notre Dame’s Catholic character. Before her election to the Board, Andrews served on the advisory council for the University’s McGrath Institute for Church Life and the Ireland Advisory Council.

One of her most enduring legacies at Notre Dame was established in 1981. After the death of her husband, 1961 Notre Dame graduate James F. Andrews, she and their business partners, John McMeel, also a Notre Dame alumnus, and his wife, Susan, created two endowments to launch and sustain the University’s Summer Service Learning Program (SSLP). An initiative of the Center for Social Concerns and Notre Dame Alumni Association, the SSLP annually sends scores of Notre Dame students to communities large and small across the country to engage in summer-long service projects. More than 3,500 students have participated in the program to date.

Notre Dame bestowed an honorary degree on Andrews in 2003, and a year later the Notre Dame Alumni Association presented her with the Rev. Edward F. Sorin, C.S.C., Award, presented annually to a graduate who has embodied “the values of Our Lady’s University” in his or her service to the community.

In addition to her service to Notre Dame, Andrews was on the boards of Rockhurst University, the University of Missouri-Kansas City, Avila College and Spring Hill College. She also was a director of the Association of Governing Boards of Universities and Colleges and a dame of the Sovereign Order of Malta Federal Association. Her many charitable endeavors included working with Christmas in October and Catholic Charities USA and serving as founder and chair of the Andrews Family Foundation.

The Andrews and McMeels founded Universal Press Syndicate (now Andrews McMeel Universal) in 1970. She served as chief financial officer and secretary in its early years, eventually pausing her full-time involvement to care for her two young sons, although she remained closely tied to its operations.

After Jim Andrews’ untimely death at the age of 44, Andrews returned to the company she helped create. Together with the McMeels, she helped to grow the company into the largest independent newspaper syndicate in the world and a renowned publishing powerhouse, Andrews McMeel Publishing, serving as chief executive officer until her retirement in 2006. Originally a comic strip syndicate, the company grew to include distribution and publication of opinion and lifestyle columns, magazines, books and calendars. The company distributed “Doonesbury,” “Ziggy,” “Tank McNamara” and many other popular comic strips.

“Kathy was just outstanding — with tremendous insight as a shrewd and savvy chief executive, and as a compassionate, thoughtful leader,” John McMeel said. “I am honored to call her my business partner, and my dear friend, of more than 50 years. She was a very special human being and we will miss her wise counsel and dry wit very much.”

Andrews is survived by her sons, Hugh and James, and their wives, Cynthia and JoMarie, as well as six grandchildren, a sister and many nieces and nephews.

A funeral Mass will be celebrated at 3:30 p.m. Thursday (April 22) in Notre Dame’s Basilica of the Sacred Heart.

Originally published by Dennis Brown at news.nd.edu on April 19, 2021.